I have been posting about predator problems with my chickens.  Recently we lost a young chicken and an adult chicken, most likely to raccoons and a fox or coyote. They are being kept strictly in their coops and enclosed run areas now.  They do not like this and tend to start pecking at one another.  I add different things to the coop hoping to distract them from this behavior.

When I was in Denver, Colorado, I went to the Denver Zoo with some friends.  They had an exhibit called DINOS! Live at Denver Zoo .   They have 21 life-size animatronic dinosaurs.  They were very cool. Two caught my eye due to their bird like qualities.

It stood about 5-6 feet tall and were very protective of their nests.  If you click the name, it will take you to the pdf with facts about the dinosaurs in the exhibit. I put the page number by the name. The Citipati photo in the pdf even shows a chicken for comparison.  If we had a few of these, I don’t think we would have the predator problems. 😉

The other feathered dinosaur was the Utahraptor (pg 8).  It was huge! It was about 23 feet long and weighed about 500 pounds.  It had feathers, long sickle like claws and hunted in packs.  Scientists think they were warm blooded and protective of its eggs.  I would rather not have one of these around.  We might be dinner, as they were carnivores. Yikes! 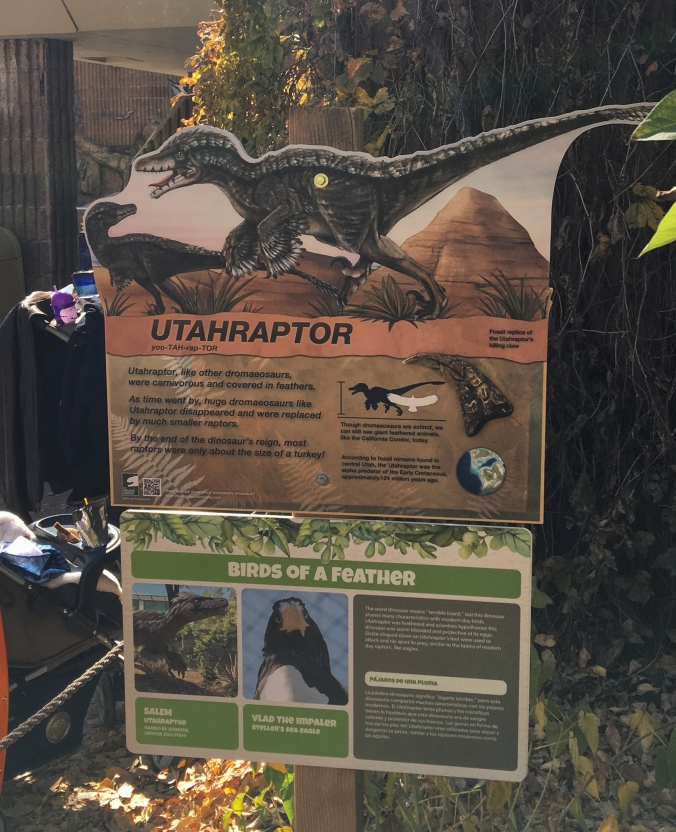 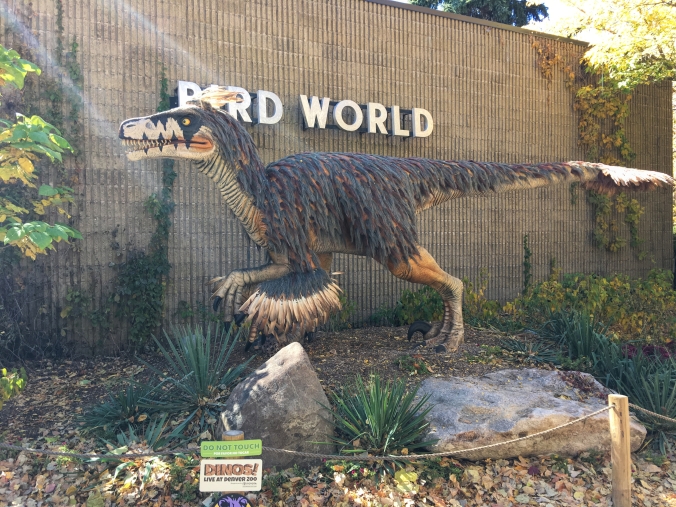