I found a fun video on Youtube on a channel called Bills Channel.

The video is titled 10 Amazing Things About Dragons.

Search Bills Channel for more on dragons.  I noticed he has one about a Night Fury.

Also check out the Be Amazed channel for fun short documentary style videos on a variety of subjects.

I am one of those people that grew up in a coffee drinking household.  A fresh pot of coffee with breakfast, another with lunch and one for after dinner (or supper as it was called in our house).  If a guest dropped by, that required a fresh pot. The aroma of coffee was one I took for granted, but when I smell freshly brewed coffee, it brings back fond memories of my grandparents.

As a child, I remember my grandmother using a percolator to brew our coffee.   It was a white pot with blue flowers sitting on the stove top.  It was made by Corning and was the Blue Cornflower series. 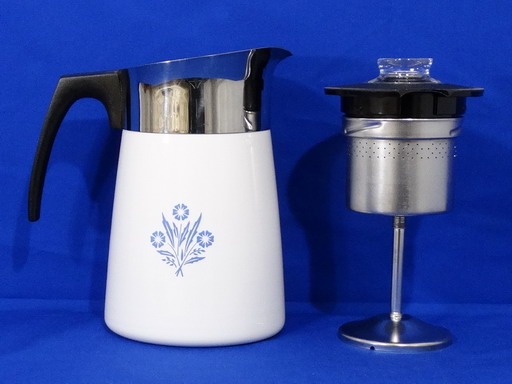 We eventually moved up to an electric percolator in the same series.  Then over the years we had various other models.  As an adult I collected several percolators, but the only one I have kept is this  Vintage Proctor-Silex percolator to the rescue!

Eventually they bought a drip coffee maker, but there was always an old reliable percolator stashed in the pantry, just in case.

My grandpa had his own method.  He called it cowboy coffee.  He would take a sauce pan, add water and coffee and bring it to a boil on the stove.  He said it was the best way to make coffee.    He grew up during the great depression and spent a lot of time hunting, fishing and camping along the Llano river.   He had fond memories of those times even though the hunting and fishing were done out of necessity, not for sport.

I looked for videos on making cowboy coffee.  The one I am sharing is not in a sauce pan on the stove but I think my grandpa would have enjoyed it. Cowboy Kent Rollins

This week I was feeling a bit whimsical when I began my search for Dragon Thursday.     I decided to look around Youtube and found dragon kites.  There are so many.  This one is from Photopuppet and is appropriately called A very Cool Dragon Kite

If you have more time, check out this wonderful video about kite flying festivals around the world from  The Youtube channel called Talltanic