I am having a hard time keeping my momentum going today.  I was sitting drinking my second cup of coffee, looking through photos and came across this snail photo.   It was taken after it had rained.  The house we lived in at the time had a very healthy snail population and it was common to see their silvery trails along the sidewalks in the morning.

I started playing around with the photo in Topaz Studio (procrastinating), and thought that the snail and I had something in common.  Moving slowly, although I think it would have beaten me today. This may be a three or four cup of coffee morning. 😉 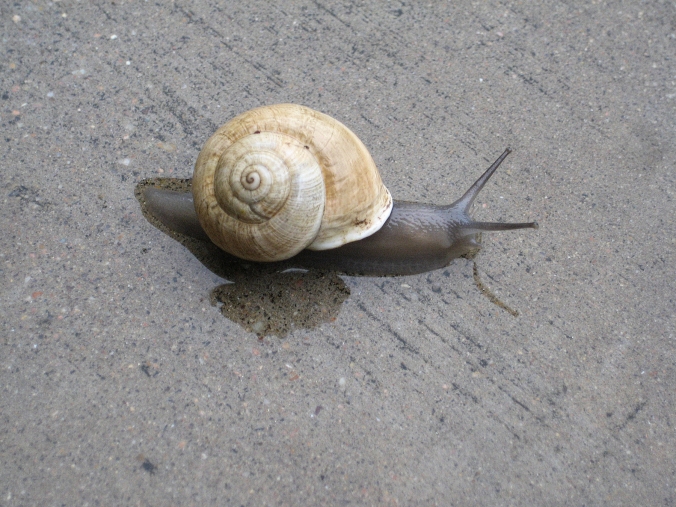 This filter reminds me of some of the photos that came from an old Brownie camera I used in high school.  It must have had a leak in the seal or a crack and I would get a rainbow  or light leak effect on my photos. The filter is named Low fidelity in Topaz Studio. 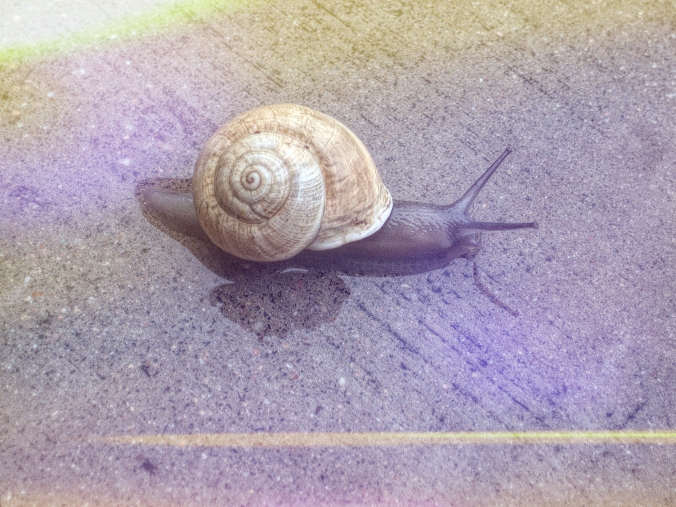 This filter gives it a gritty feel, more texture and I like the blue hint on the head. It is called wfcSoft2  in Topaz Studio. 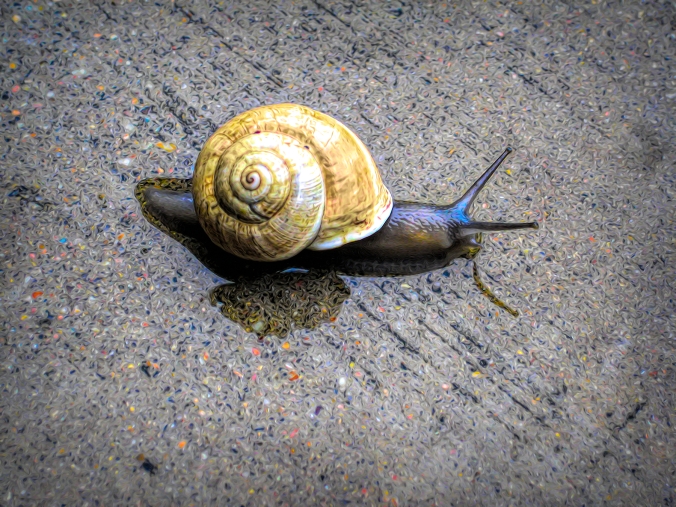 One thought on “Captured Moments – moving at a snails pace”